The rich history of the city goes back as early as 1230, a time when there was a lot of conflict across the Netherlands. Even in the Middle Ages, The Hague – known as Die Haghe – developed a reputation for peace and quiet, where many would come to resolve conflicts. Two centuries later, it became the seat of a legislative assembly of public officials, which turned the city into the heart of Dutch government. It became a ‘city without walls’, in both the literal and the figurative sense: its open, hospitable character ensuring that it was a city where people from all around the world would feel at home.

For the Dutch Republic, the eighteenth century was a period of stagnation. But the presence of high-ranking government officials and diplomats in The Hague provided economic stability, and for many residents of The Hague, an important source of income as well. The presence of diplomats and international organizations only grew over the next few centuries.

In 1246, Delft officially became a city. Until the 17th century, Delft has been one of the biggest cities in the Netherlands. The city played an important role during the Eighty Years' War with Spain in the 16th century. In1572 to be exact, William of Orange, the ‘Father of the Nation’, came to Delft to lead the rebellion against the Spanish invaders. After he had defeated the Spanish, he founded the Netherlands as a parliamentary state based on the principles of freedom of religion and freedom of expression.

Delft is also known for Delft Blue: the world-famous pottery that has been produced in the city of Delft since the 17th century. Between 1600 and 1800, Delft was one of the most important pottery producers in Europe. The Delft Blue pottery was immensely popular and was collected by rich families throughout the world. Unfortunately for many potters, Delft Blue also went out of fashion and the potters had to close their doors. The only one that has remained in operation since 1653 is de Koninklijke Porceleyne Fles, known as Royal Dutch, a company that produces the Delft Blue pottery according to the traditional methods to this day. 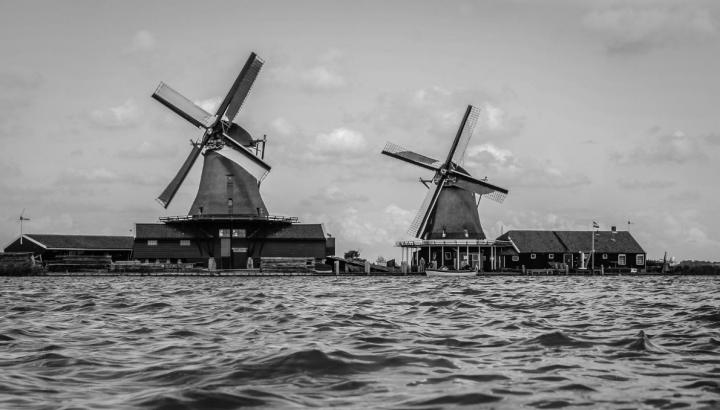 History of the Netherlands
The Netherlands, a small countries with great deeds. To understand the country and its countrymen, you need get to know its past.