How do the Dutch celebrate Sinterklaas? 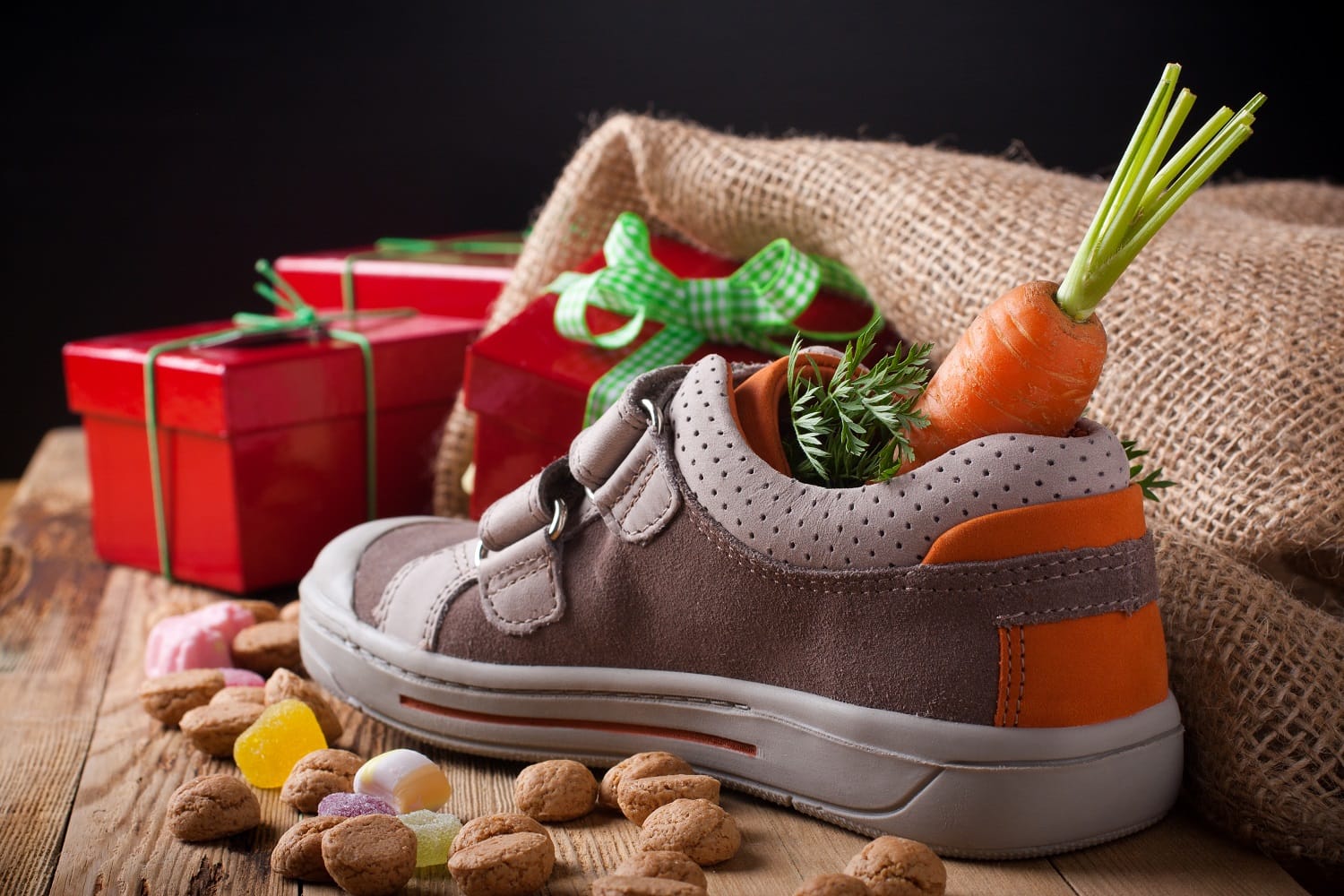 Every year around mid-November, St. Nicholas (Sinterklaas) arrives in The Hague by boat from his home in Spain. Children are excited for him to arrive and many have been waiting for this day the entire year.

During the two weeks before his 'birthday' on 5 December, Sinterklaas rides across rooftops at night on his white horse. He listens through chimneys for children singing songs, and leaves the children gifts and sweets in their shoes. Traditionally, children put out their shoe at night with a carrot for the horse at the fire place. Sinterklaas also has a Great Book, which has a report on all children: whether they have been 'good' or 'bad' this year.

On 5 December, Sinterklaas ends with 'Pakjesavond' (Gifts evening). On Pakjesavond, children anxiously wait for Sinterklaas to knock on their door. Although 'Sint' will usually be gone by the time they answer, a burlap sack full of gifts will await them on their doorstep. Following Sinterklaas' visit, each member of the family takes turns handing out presents to the others and unwrapping them. Names are printed on each gift, and almost every present is accompanied by a humorous poem about the gift's recipient, sometimes teasing them about their good and bad habits.

What should parents do? 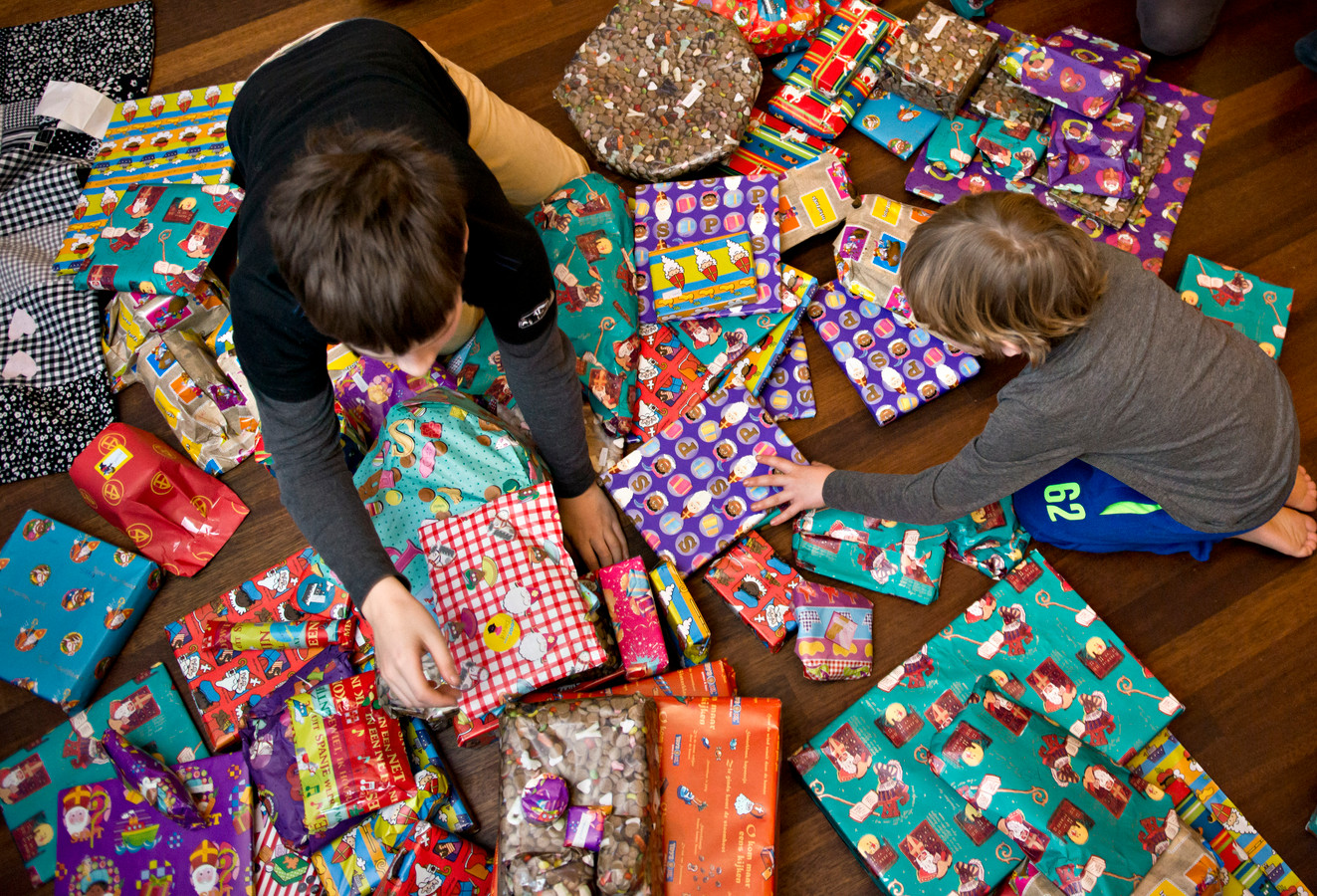 Parents will be very busy buying and wrapping gifts from the day Sinterklaas has arrived. When your kids put their shoe at night (while singing Sinterklaas songs), you can leave a small present or some sweets in there after they have gone to bed. The next morning, tell them that Sinterklaas has visited and left something for them in their shoe because they have been good this year.

Children will continue putting out their shoes until Pakjesavond on 5 December. During these few weeks, the 'Sinterklaasjournaal' broadcasts the latest news on Sinterklaas. For Pakjesavond, parents fill a sack with gifts and give them to someone, a neigbour, for example, who could leave it at your front door. After leaving the gifts on your doorstep, this person will knock on your door (and leave quickly), after which your Pakjesavond can begin!

The original Saint Nicholas was a Bishop of Myra in Asia Minor in the first half of the fourth century. He is the patron saint of, amongst other groups, children. By the late Middle Ages, his death on 6 December was commemorated annually. The commemoration took on a celebratory nature and has shifted to the night before the 6th: 5 December.

Nowadays, St. Nicholas arrives in Flanders and the Netherlands in November from Spain – it is widely believed that Spanish sailors brought the legend of Saint Nicholas to the Netherlands – to prepare for the special celebrations on 5 December.

St. Nicholas and his white horse have also been associated with the pagan legend of the Germanic god Wodon (Danish god Odin), an all-powerful deity who was believed to fly through the air on a magic horse each December on the winter solstice, the shortest day of the year. Santa Claus is another legendary figure who finds his origins in the fourth century saint.