Even though the Netherlands is a small country, there are many airports located throughout the country. There is no need to worry if you want to hop on a plane for business, family visits or a holiday because there will be always an airport near you. There are 5 civilian airports in the Netherlands:

Schiphol is the biggest, most important and the busiest airport in the Netherlands. It is the fifth most trafficked airport in Europe. It is located in Haarlemmermeer, a municipality that borders towards the city of Amsterdam and Haarlem. The airport can easily be reached through public transportation since there is a train station right underneath Schiphol which links the airport to Amsterdam Central Station within 15 minutes. Travelling between Schiphol and The Hague only takes 30 minutes. Schiphol is the main convenient civilian airport for Amsterdam. Schiphol is the hub for KLM, as well as for Corendon Dutch Airlines, Martinair, Transavia and TUI fly the Netherlands. The airport also serves as a European hub for Jet Airways and as a base for EasyJet and Vueling.

The airport can be reached through public transportation:

Eindhoven Airport is the second largest airport in the Netherlands. It is the Dutch hub for numerous European low-priced and small airlines. Its location in North Brabant makes it relatively far from The Hague region (by Dutch standards). The airport can be reached by train in approximately 90 minutes and by bus number 401 from Eindhoven Station in approximately 30 minutes. The advantage of this airport is that several low-price air carriers like Ryanair, Wizz Air and Transavia will operate through Eindhoven Airport.

Groningen Airport Eelde is an airport near Eelde, in the north-east of the Netherlands. The airport offers flights to destinations in for example Spain, Greece, Portugal and Turkey. 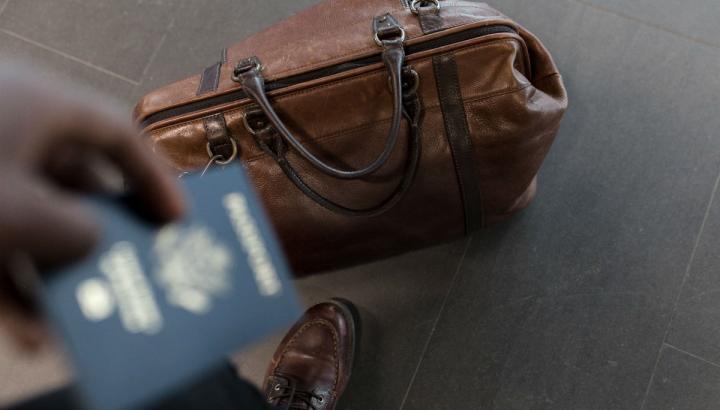 Border control
Going through customs Travelling within the European Union (EU) is as easy like travelling between Eindhoven and Amsterdam: you do not need to go through customs.